Blooming Prairie, MN, February 2, 2017 – $50,000 of prize money will be available at every race of the Bandit Big Rig Series. This was announced shortly after a much-anticipated launch party of the inaugural 2017 season at Heavy Duty Aftermarket Week. The season’s first race will occur Saturday, March 25, 2017 at Hickory Motor Speedway in Newton, North Carolina.

The Bandit Big Rig Series represents the return of circle track truck racing to the short track. With $50,000 of purse money available at each race, the series will pay $10,000 for feature event race winners. The deep resources of this race series allows for cash prizes to be paid from 1st to 25th place.

“What attracted Minimizer to the Bandit Big Rig Series was the opportunity to reward truck drivers,” stated Minimizer CEO and Chief Visionary Officer Craig Kruckeberg. “This is the grassroots of the trucking industry – it’s intense, fun and a chance to get in front of the next generation of our industry.”

Billing itself as the “workin’ man’s race series,” the affordable and accessible Bandit Big Rig Series intends to quickly become one of the largest segments of professional motorsports. The series promises fast, competitive action and a truck for everyone to cheer. “The family entertainment approach of this race series creates that opportunity,” says Brian Madsen, Director of Operations for the series.

The inaugural 2017 season will take place in the eastern and central United States. The objective is to expand west by 2019 to establish a national “King of the Bandits”. The full 2017 race schedule and track locations can be viewed at www.banditseries.com/schedule.

The trucks are kept basic and simple by rules that restrict the ability to “buy” a race. Those wishing to put together a team should contact Brian Madsen at (507) 676-6627 or via email brian@banditseries.com. Full safety and technical rules and regulations are available at www.banditseries.com/rules.

The Bandit Big Rig Series returns big rig tractor truck racing to the short track in the United States. The series was designed to be affordable and accessible for anyone wishing to put together a race team. 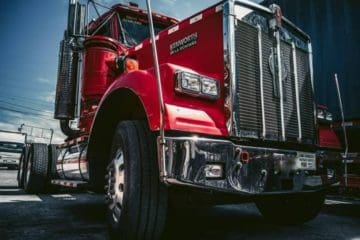